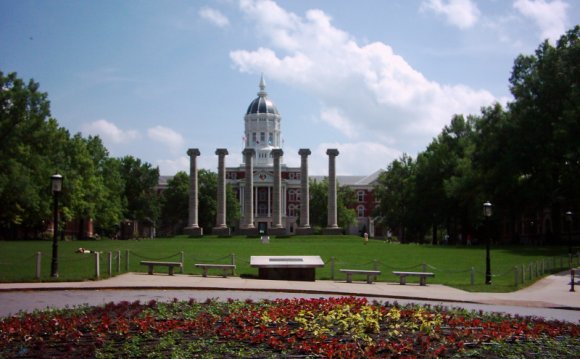 Why We Love COMO

Thank you for your interest in the University of Missouri (MU) School of Medicine. For more than 165 years, MU has prepared physicians to improve the health of Missourians and the nation by providing excellent health care education and knowledge through research.

The MU School of Medicine is a pioneer in the patient-based learning, previously called problem-based learning, style of medical education that emphasizes problem solving, self-directed learning and early clinical experience. The University of Missouri School of Medicine has more than 650 faculty physicians and basic scientists, as well as more than 400 residents in 37 accredited residency specialty programs. These educators expose students to an exceptional and supportive learning environment.

When you graduate as a MU physician, you will be well prepared to practice medicine in the 21st century. Our graduating students and residents are:

Students choose MU's School of Medicine for a variety of reasons: reputation, location, patient-based curriculum, faculty resources, school environment, residency placement, etc. Depending on your situation, there are several ways that you can enter the School of Medicine: regular admission, early decision program, out-of-state admission, and Bryant Scholars pre-admission. Our website offers broad information to guide you through the admission process.

University of Missouri School of Opera performs The Crucible