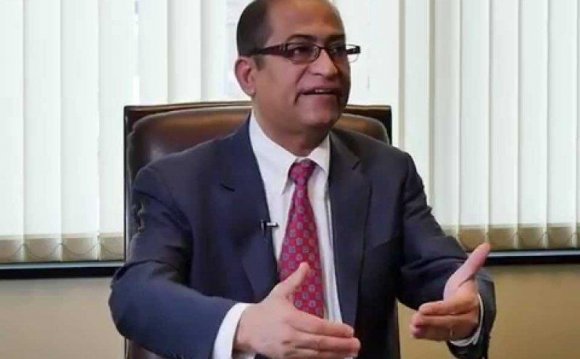 Hackensack University Medical Center and its parent company have signed a definitive agreement with Meridian Health to merge the two systems a deal that will create the state’s largest hospital network.

The new organization, to be called Hackensack Meridian Health, will employ more than 23, 000 people and have more than $3.4 billion in revenues, eclipsing Barnabas Health, currently the state’s largest health care system.

The deal, which is undergoing regulatory review, will create a system with 11 hospitals and two children’s hospitals from Bergen to Ocean counties and a large network of outpatient services, including surgery centers, rehab facilities and cancer care.

“This will be a game changer in health care, ” said Robert C. Garrett, president and CEO of Hackensack University Health Network.

Patient care could be impacted in several ways — a cancer patient in central New Jersey could have a bone marrow transplant at Hackensack. If a North Jersey patient is injured at the shore, medical records would be available immediately to aid treatment at a network hospital in Ocean or Monmouth counties, officials said.

The new venture may prompt Hackensack to follow Meridian’s lead in developing a “one-stop shopping” healthcare village that would offer family care, an urgent care center, imaging and laboratory services as well as a surgery center, Garrett said. Meridian recently opened a 150, 000-squre foot center in Ocean County to meet the increasing demands for more primary care and wellness in an area 10 miles from the closest hospital.

Negotiations took seven months and, if the venture receives state approval, it will mark another major expansion for the Hackensack University Health Network. Hackensack has grown beyond its Bergen County roots to become a statewide force as radical changes in health care delivery unfold under the Affordable Care Act.

Just last month, the Hackensack network and Englewood Hospital and Medical Center announced plans to affiliate. Once bitter rivals, the plans call for Englewood to maintain its own operations, finances, board and employees, but would allow the two institutions to create a regional cardiac program and other clinical and academic affiliations.

Large organizations with services ranging from outpatient clinics to specialized organ-transplant and surgery programs are considered better positioned to care for the health of entire populations more efficiently. They can share patient medical information across the system and coordinate efforts to keep patients healthier and out of the hospital, as incentives in the federal law encourage. At the same time, they have the resources to assume the financial risk of providing all of the care for large groups of people.

On the other hand, a growing body of academic research has found that hospital consolidation, by reducing competition, leads to higher costs.

The merger is currently under review by the state Attorney General and may need other approvals.

Hackensack also plans to open a private medical school in conjunction with Seton Hall University. A national search is under way for a founding dean, Garrett said, adding that a decision is expected by September. The school has received approval from the state Board of Medical Examiners. The selection of a dean is essential to the national accreditation process, Garrett said.