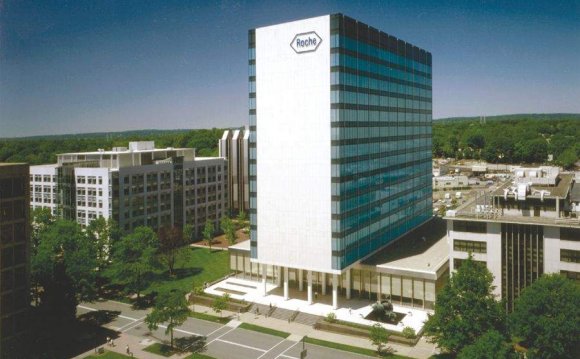 New York-Presbyterian Hospital is — once again — king of the hospital hill, named the No. 1 medical center in the Big Apple.

The hospital — affiliated with Columbia and Cornell, with locations in Washington Heights and the upper East Side — also kept its rank of No. 7 in the nation, according to the latest U.S News & World Report Best Hospitals 2013-2014 survey.

“We are very pleased, ” said Dr. Steven Corwin, the hospital’s chief executive. “We believe we are one of the premier hospitals in the country and we think this validates that.”

The hospital excelled in 15 of the 16 nationally ranked medical specialties — including No. 3 in the country for cardiology/cardiac surgery; neurology/neurosurgery and nephrology; No. 4 in psychiatry; No. 5 in urology and No. 7 in both diabetes/endocrinology and gastroenterology.

The rankings also earned them the No. 7 spot on US News’ elite 18-member honor roll list.

Only 3% of all hospitals in the country made the honor roll.

“New York deserves great healthcare institutions and we are glad we are one of the hospitals able to provide great care, ” added Corwin. “It’s ultimately about caring for patients and their families.”

Bernadette Hogan, whose 22-year-old son, Nathaniel, underwent a life-saving kidney transplant last year at New York-Presbyterian’s Weill Cornell campus, was not surprised the institution was singled out as the best.

“In addition to phenomenal surgeons like Dr. Sandip Kapur and Dr. Joseph Del Pizzo, what is so impressive is the entire team and how responsive, organized and compassionate they are, ” said Hogan, a Manhattan therapist. “The transplant gave Nathaniel back his life, but the fact that you can rely on the staff 24/7 post-transplant if a problem arises helps me sleep at night. They are an incredible group.”

The 1, 069-bed teaching hospital on First Avenue was nationally ranked for exceptional care in 12 of the 16 specialties, including orthopedics (No. 5); rheumatology (No. 7); neurology/neurosurgery and geriatrics (No. 10) and cardiology/heart surgery (No. 15).

They also remained on the honor roll list, ranked No. 14, compared with No. 11 last year.

“We appreciate this recognition and consistently strive to achieve excellence across the board, ” said Dr. Robert Grossman, dean and chief executive at NYU Langone Medical Center. “Every day our faculty and staff demonstrate an unwavering commitment to delivering the highest level of patient care, and, taken as a whole, these rankings and accolades are a reflection of the important work that they do for our patients.”

In the New York metro area, they reviewed 184 hospitals, of which 55 made the best list.

Hackensack University Medical Center in New Jersey took the No. 3 spot, and Mount Sinai Hospital in Manhattan and St. Francis Hospital on Long Island were ranked No. 4 and 5 in the metro area.

"We believe we are one of the premier hospitals in the country and we think this validates that, " said Dr. Steven Corwin, CEO of New York-Presbyterian Hospital.

Mount Sinai was a national standout in eight specialties this year, compared to 11 last year, moving it off the honor roll list.

Memorial Sloan-Kettering Cancer Center was ranked No. 6 in the metro area, and No. 2 in the nation for cancer care.

Montefiore Medical Center in the Bronx was No. 7 in the metro area, Lenox Hill No. 10.

The Hospital for Special Surgery in Manhattan — which also serves as the team hospital for the Mets — was ranked No. 1 in the nation in orthopedics and No. 9 overall in the N.Y. area.

Several hospitals outside Manhattan made the list as well.

Maimonides in Brooklyn was No. 27; Long Island College Hospital — which ironically is facing death’s door with possible closure by the state — was ranked No. 30 and considered “high-performing” in five specialties.

Also tied for No. 30 was Staten Island University.

No municipal hospitals received a national ranking, but Harlem Hospital was ranked 49th in the metro area, with high performance in nephrology.

The most stunning result in this year’s rankings was the dramatic rise of St. Barnabus Hospital in the Bronx, going from from 44th last year to 12th best in the metro area. They were also among the top 50 in the nation in the specialty of ear, nose and throat.

Even the hospital was perplexed.

“We don’t have an answer as to how this happened, or the methodology used, ” said Steve Clark, a spokesman for the 441-bed safety net hospital in East Tremont, providing treatment to many poor residents in the neighborhood.

“While we have a good ENT department, we have made most of our strides in diabetes and nephrology and cancer. We now have a state-of-the-art dialysis center, a (chemo) infusion center and a sleep center. It’s puzzling.”

A spokesman for U.S. News said that getting ranked nationally in even one specialty would boost a hospital’s standing to the top 15 in the New York metro area.

“St. Barnabas was also high performing in six specialties this year, compared to just one last year, ” said U.S. News’ Ben Harder. “That helped push it up to 12th in New York area.”