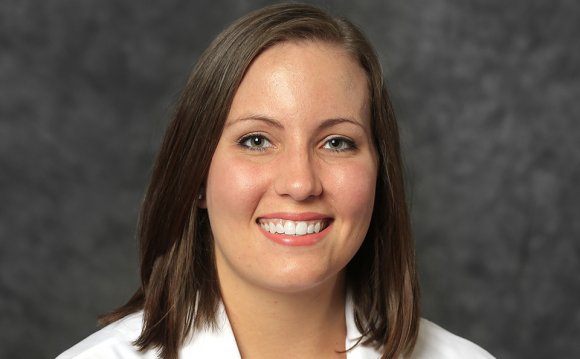 Near the edge of campus works a man on a mission to help take care of Michigan’s poor and sick. To accomplish that, he is going to have to stabilize and grow Central Michigan University’s College of Medicine.

In a building unfamiliar to most students, Dr. George Kikano spends his days in a neat, almost sterilely-clean office. He can come across as intimidatingly intelligent, which might be one reason is appears as a guest commentator for national news outlets like ABC News and FOX News.

This summer Kikano moved to Mount Pleasant to begin his tenure as dean of one of the newest medical school in Michigan. Recently ranked by his peers as one of the best doctors in America for the 12th consecutive year, Kikano has a crystal clear vision of what he wants the Central Michigan University College of Medicine to be.

"We are one of the richest countries in the world, and there's still lots of disparities in healthcare delivery and access to care, " he said. "If you drive between Mount Pleasant and Northern Michigan, all of these communities are underserved from a healthcare perspective."

CMED will train its students to serve as primary care doctors who will practice in rural Michigan’s underserved communities. This vision was in place when the medical school was founded, and that mission is why Kikano says he was drawn here to lead the college. So far, Kikano said he's felt supported by President George Ross and Provost Mike Gealt.

"They've invested a lot, but what it takes to put this college on the map is lots more. Colleges of medicine are very expensive ventures, " he said.

When it opened, the university’s plan was to have CMED fully self-funded within five years. Kikano said this goal is unrealistic.

The College of Medicine's clinical operations are listed in the university's operating budget under subsidized auxiliary centers, or areas of the university that don’t operate entirely on general fund dollars, but instead with money created by academic programs and tuition.

Initially, CMED was to operate with dollars from medical student tuition, private gifts, endowments and revenue generated through faculty research and the care of patients at clinics it planned to establish. It missed its revenue projection in 2014-15 and decided against purchasing clinics that will help it earn revenue and allow students practical work experiences.

In 2011, then-provost Gary Shapiro said the university had “ample resources” to fund CMED.

"We won't be using any undergraduate tuition to pay for anything, " he told the Academic Senate during a 2011 meeting.

The university promised CMED $30 million in donations through a capital campaign for the college, but fundraising came to a halt after CMED's development officer left the position. Vice President of Development and External Relations Kathy Wilbur said the campaign is about 87 percent complete. Wilbur is assisting CMED by helping them find a new development officer. A handful of interviews have been conducted.

"We brought in a number of new donors. When they saw we were working hard to meet a significant public need, they wanted to make a gift, " Wilbur said. "We've interviewed people already, and have more this coming week."

Wilbur, who lobbies in Lansing and Washington D.C. on behalf of CMU, said when the creation of CMED was approved by the Board of Trustees, the university knew state funding wasn't likely. There was support from legislators who were interested in securing a one-time grant to launch the college.

Then the recession hit the nation in December 2007. It was clear then that the university would not receive any financial support from the cash-strapped state.

"With changes in the stock market, any additional grants or programs that weren't viewed as critical didn't make any further advances, ” Wilbur said.

Since the first discussion about establishing the College of Medicine occurred on campus, many faculty and students have questioned its value and the amount of resources CMU has devoted to it. Those investments continue, though Vice President of Finance and Administrative Services Barrie Wilkes said the university has not altered its plan to gradually decrease its subsidies of CMED.

“Right now I can say that the plan is we have built into the budget at $3 million annual subsidy for the College of Medicine, " Wilkes said. "What I would like to see is (it) to break even with that subsidy included in their budget. If we look five years out from now, that gives them a reasonable timeframe. I guess things have to settle down and get to a steady state as opposed to a growth state.”

Kikano said making CMED financially self-sustaining is not among his most pressing concerns. Cutting CMED funding would be a disaster.

CMED receives an annual $3 million from CMU each year. It’s Saginaw campus, a $12 million project, opened this summer. The project was funded through donations.