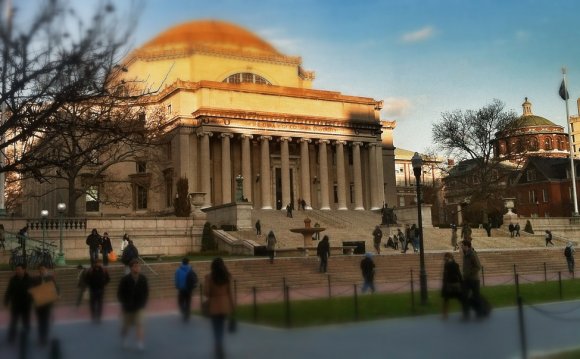 When the University of Michigan founded its medical school in 1850, it immediately assumed a leadership role in American academic medicine.

We were the first medical school in the United States to recognize the importance of, and to build, a university hospital for physician instruction. We also were a pioneer in the introduction of the modern science-based curriculum, and were among the first schools to change the role of the student from passive observer to active participant in the learning process through high-caliber laboratory instruction and clerkships.

The Medical School was the University's first professional school, and since graduating its first class of six students in 1851 — a group which paid a mere $5 for two years of medical education — we have become a leader in preparing the physicians and scientists of the future.

Our faculty, partnered with a dedicated staff, is committed to creating the future of health care through discovery. This includes offering a medical education that sets the standard for discourse, intellectual rigor and creativity. Throughout our 20 clinical and nine basic science departments, we are committed to a single mission:

To educate students, physicians and biomedical scholars and to provide a spectrum of comprehensive knowledge, research, patient care and service of the highest quality to the people of the state of Michigan and beyond.

We graduate approximately 170 physicians annually, strengthening a body of UMMS alumni more than 20, 000 strong. Our alumni include Nobel Prize winners, including Marshall Nirenberg (Ph.D. 1957), who won the 1968 prize in physiology or medicine for his work on the genetic code and its function in protein synthesis; and Stanley Cohen (Ph.D. 1948), who received the honor in 1986 for discoveries leading to the understanding of mechanisms that regulate cell and organ growth.

Former U.S. Army Surgeon General Eric B. Schoomaker (M.D. 1975) is a Medical School alumnus, as are several leaders of Fortune 500 companies, and faculty who occupy top posts at the best educational and research institutions around the world. In fact, we rank second nationally in the number of alumni who have gone forth to become productive faculty members at academic institutions across the country.

During their time here, our students have access to unparalleled research opportunities. The U.S. News & World Report consistently ranks our Medical School among the top-10 research schools nationally. Our scientists seek understanding of the origins of illness and disease, and they work hard in all facets of science to move forward in ways that improve quality of life. That’s why organizations such as the National Institutes of Health (NIH) heartily support our work. Each year, almost 70 percent of the University’s total NIH funding — and nearly half of all sponsored activity — is awarded to the Medical School.

Many research awards are made to support investigation in the basic sciences — one of our strengths. Our basic science researchers study the most fundamental elements of life — what makes a cell divide and conquer, the makeup of genes, the mysteries of DNA, and so much more — to advance existing scientific knowledge.

Our students are involved in many research activities, and are given the freedom and resources to pursue those lines of inquiry that are of greatest interest to them. Many will play a crucial role in discoveries that will make an impact worldwide.

We are committed to being a school with global impact. Our students have access to information from around the world, unconstrained by time or geography. Across the four-year curriculum, nearly half of our students engage in global activities through programs such as Global REACH, and many other opportunities exist for our students to learn and serve around the world.

Students also play a key role in the third arm of our tripartite mission — excellence in patient care. Our Faculty Group Practice includes nearly 1, 600 U-M faculty physicians who care for patients at three U-M hospitals, 40 U-M health centers and other facilities throughout the state of Michigan. It is in these same facilities that our students will take their education from learning to practicing.

In more than 160 years of service to the University, State of Michigan, and the world, we have known how to put patients first, when to push the boundaries of science and medicine, how to design successful curricula, and how to reward our faculty, students and staff for their everyday excellence.