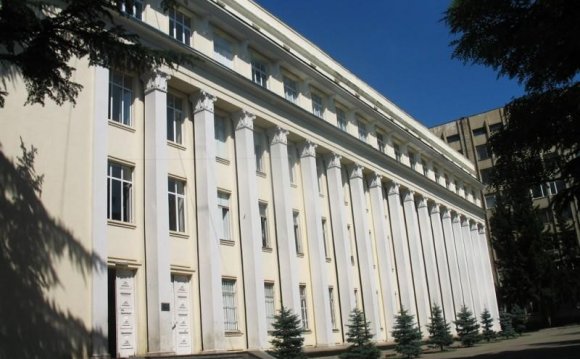 The University was solemnly opened on 8th of February, 1918 (old style 26th of January), the day of remembrance of the Georgian King David the Builder. Since that, this day remains one of the most significant events in the history of the nation.

The founders of the Georgian University well understand the importance of introduction Higher Medical Education. The primary initiator of the university foundation, the reverend Professor Ivane Javakhishvili, had been speaking about the reasons of establishment of Medical Faculty “We still need to carry out research on the endemic flora and fauna in our country. Many human diseases have various characters and most are as yet unstudied. Consequently, scientific workers at our University’s Medical and Natural Sciences Faculties have a broad challenge area”.

The first Rector of University Professor Petre Melikishvili was an active supporter of medical faculty creation. On the meeting of “Georgian Physicians and Natural Sciences Society” (12th of October, 1917), he has expressed his opinion about the necessity of opening the medical and natural sciences faculty.

On February 27th, 1918, University Professors Faculty Council confirmed the exigency of creation of Medical Faculty. In June 17th, the same Council of Georgian doctors and Natural Scientists in the presence of the Chairman Spiridon Virsaladze decided to open Mathematics-Natural Sciences and Medical faculty.

During the 80 years long history of the University in different periods of time were founded and functioning the following faculties: Paediatrics (since 1931), Stomatology (since 1936), Military Medicine (since 1993), Medical-Biology (since1994), Psychosomatic medicine and Psychotherapy (since1996).

The analysis of objective, sometimes revolutionary, political and ideological changes in the country and Society that took place in the decades of the 90’s of the last century, revealed that for the achievement of University goals the establishment of larger space is necessary. The newly acquired autonomy would have been merged with new University structure that was the way for transformation of Medical Institute into University and for that the preconditions were already existed. The Author of this objective and well founded request was Tbilisi State Medical University itself.

Tbilisi State Medical University from the very beginning found itself in the forefront of overcoming the XXI century challenges of reforming medical education. In 1997 University has already developed a strategy of outcome-oriented teaching methodology implementation. The strategy has been developed on the bases of European experts recommendations. After all, University is a member of the Association of Medical European Education (AMEE), also a member of the World Federation for Medical Education (WFME) and cofounder of the. East –European Association of Medical Education (EEAME). University is not only the executor of legislative and recommendatory regulations of these International Organizations, but also participated in the recommendations systematization process.

By 2006, the necessity of implementation already existing Law on Higher Education of Georgia on the one hand, and the need of implementation full coverage of European and global advantages of medical education together with international commitments to reform the system of medical education on the other hand, have put the medical community to face the objective challenges.