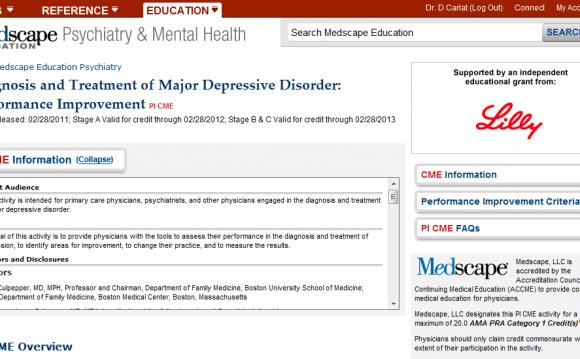 In an unusual development, a union that represents hotel workers has started a campaign to end pharmaceutical industry funding of continuing medical education, which are programs that doctors are often required to attend to maintain their licenses.

The effort follows ongoing concerns that drug and device makers may use CME sponsorships to influence programs by arranging for speakers to discuss or emphasize their medicines. Worries that industry may hold sway over medical practice and research led the federal government last year to launch the Open Payments database so payments to physicians can be tracked.

However, Unite Here, which represents more than 270, 000 hospitality workers, among others, believes industry funding should be eliminated altogether and has begun an online campaign to encourage the Accreditation Council for Continuing Medical Education, which regulates CME activities, to clamp down. The union says it believes industry influence contributes to higher drug costs for its members.

What’s unusual, though, is that many CME programs are held at hotels, which means the campaign to eliminate industry funding could translate into fewer events that help pay for union jobs. For this reason, one CME expert wrote on his blog that the campaign is a “fascinating new chapter in the battle over industry funding” of CME activities.

“You have to respect an organization willing to bite the hand that feeds them. Hotel workers are, after all, an integral part of the grand machinery transporting industry marketing messages into the hearts and minds of doctors, ” writes Daniel Carlat, an associate clinical professor of psychiatry at Tufts School of Medicine and who also runs a company that publishes CME newsletters for mental health practitioners.

In an email, Carlat adds the union is “an unusually credible source. They have no vested interest in limiting industry funding of CME other than the desire to decrease their health care costs. You can’t attack them as being academics or ‘pharmascolds’ trying to get publicity on the issue to further their careers or to gain fame. These are simply workers who observe first-hand how companies spend money to influence doctors, and they are tired of paying the price in terms of increased health care costs.”

For its part, the ACCME says that just 11% of CME events receive industry funding, which is “tightly controlled” by its rules. The organization adds there “is no evidence that commercial support creates commercial bias in accredited CME, results in inappropriate prescribing or leads to increased healthcare costs. In fact, accredited CME supports public health initiatives to improve quality and safety.”

Carlat, however, says studies have shown CME courses were correlated with increased prescribing of a drug marketed by a CME sponsor. He also notes another study that compared courses sponsored by just one company with courses funded by multiple companies, and found the range of topics was narrower in courses supported by that one company and were generally related to its recently approved products.